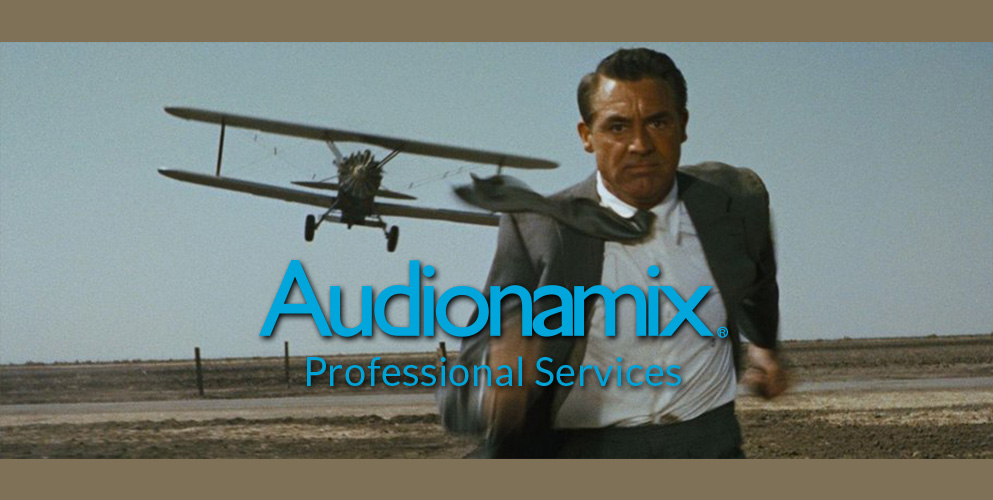 Though Hitchcock’s “North by Northwest” is almost 50 years old and well-known, a recent screening at the London Coliseum had a twist that no one in attendance had experienced. It wasn’t the film itself; Cary Grant, Eva Marie Saint, and James Mason followed the same story of intrigue and thrills as always. The new slant, rather, was in the performance itself. The dialogue and effects were played back normally, but Bernard Herrmann’s score was performed by the orchestra of the English National Opera, live in the theater, in perfect sync with the film.

On her incredible classical music blog, Jessica Duchen interviewed Tommy Pearson, presenter and producer, to find out more about how this came to be:

TP: With modern films this is relatively easy because the music is on its own, separate track; so we can simply remove it without losing anything else (like sound effects and dialogue). But with earlier films (NBNW is 1959), this isn’t always the case. So, we have an amazing company in Los Angeles, Audionamix, who is, as we speak, digitally removing all the music on the soundtrack. It’s an incredible process and I don’t pretend to understand how they do it. They also removed the orchestra from the soundtrack to West Side Story so it could be performed live, but with the singing on the film completely intact – amazing.

So how did we do it? Our “Doc-tors” of sound used our proprietary source separation technology to remove the original musical score, leaving behind clean dialogue and effects tracks. These tracks were used to create a new version of the entire feature film without music. As Tommy mentioned, we performed the same removal for “West Side Story” in 2011, allowing it to be shown with an accompanying live orchestra at the Hollywood Bowl and around the world.

Spectrogram views of the full film mix (top), and with music removed after processing (bottom)

Jessica’s blog has great details about the rest of the project, including how the conductor keeps the orchestra in sync with the film through timecode, and a discussion of Herrmann and the state of film composing today.

Along with this form of music removal, called music dissociation, Audionamix also offers the professional services of vocal isolation and dialogue isolation. How can we help you bring your project to life? Contact us for details!